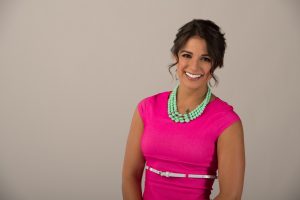 Victoria Arlen was 11 years old in 2006 when she developed two rare conditions, transverse myelitis and acute disseminated encephalomyelitis. She slipped into a vegetative state and spent four years locked inside her body, unable to move or communicate. Doctors said her recovery was unlikely, but Victoria was not ready to give up. She began the nearly impossible fight back to life, learning how to speak, eat and move all over again. A lifelong swimmer and athlete, Victoria never gave up on her childhood dream of competing in the Olympic Games. In 2012, she competed in the London Paralympic Games, winning a gold medal and three silver medals. Recently Victoria defied the odds again: after spending nearly a decade in a wheelchair, paralyzed from the waist down, she was able to learn how to walk again. In 2015, Victoria made the transition from professional athlete to sportscaster and joined ESPN as one of the youngest on-air talents. In the fall of 2017, Victoria competed on Dancing with the Stars and became a semi-finalist. Victoria has become world famous not only for her story and accomplishments but for her message: “Face It, Embrace It, Defy It, Conquer It.”