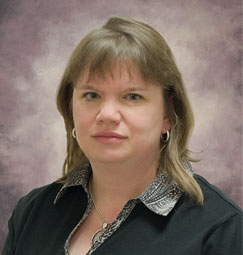 “I believe in public education and what I can do to effect change in the world. There is no greater calling in life than being a teacher.”

As an eighth grade history teacher at the Richardson Middle School in Dracut, MA, Rebecca Duda believes her role is not simply to impart knowledge to her students, but rather to prepare them to be better citizens, analyzing text, critiquing primary and secondary sources, and applying what they learn to the world around them.

Originally interested in business, Rebecca returned to college after 12 years with a supermarket chain, graduating with a history degree and master’s degree in education from Salem State University. In her 10 years with the Dracut Public Schools, she has earned respect and accolades for her ability to engage community stakeholders—parents, families, business leaders, elected officials, and community institutions—to create a welcoming and student-centered environment that prepares her students to succeed. A recipient of the National Educator Award, she was a 2014 finalist for Massachusetts Teacher of the Year and was one of 24 teachers from across the state selected for the Educator Effectiveness Teacher Cabinet, advising the Department of Elementary and Secondary Education on current and new initiatives.

She published her first book, Dracut Revisited, in 2012, with proceeds donated to the Dracut Scholarship Foundation. She is currently working on her second book, Legendary Locals of Dracut.